APVisuals recently assisted Jeffrey R. Davis, Esq. of Jeffrey R. Davis, P.A. and Michael Lotto, Esq. of the Ward Law Group, PL in a suit against former NFL wide receiver, Antonio Brown. Plaintiff claimed that he suffered a neck and back injury due after for NFL player Antonio Brown attacked him in Hollywood, Florida. Plaintiff, a truck driver delivering items to Mr. Brown's home was attacked by Mr. Brown after a dispute over the transport and delivery charges. After a one da

Many of our blog posts discuss how litigation graphics, multimedia presentations, medical illustrations, and/or animations can help you succeed at trial; persuade a jury to see your client's story. However, we all know that more than 95% of cases are settled before trial. Therefore, it is just as important to use all tools available to you at mediation where you have the opportunity to settle your client's case for top dollar without the risk of trial. Over our 15+ years of

If we have ever been so fortunate to work with you or your firm, we kindly ask that you click on the link below and review us on Yelp. If you are looking to see what others say about APVisuals, it's services and attention to customers, please click the link below to read clients' reviews. PLEASE CLICK ON THIS LINK: https://www.yelp.com/biz/apvisuals-pembroke-pines-2 We would like to thank those of you who have already taken them time to review us on yelp. Remember we are are

Making Injuries and Anatomy Understandable to a Jury

When an attorney contacts our office for a medical illustration - there is always one goal, make the injury, medical procedure, or future da

If we have ever been so fortunate to work with you or your firm, we kindly ask that you click on the link below and review us on Yelp. PLEAS

APVisuals's Medical Illustrations - How do we get it done?

Medical illustrations are key to personal injury cases. APVisuals, Broward based legal design company, discusses how it gets medical illustr 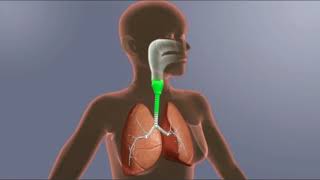 Animations - One of APVisuals's Services to South Florida Lawyers

Animations are great accident and injury cases. Animations allow the juror, judge, adjuster to do a site inspection without having to go to
1
23

COVID-19 What Does this Mean for Trials

GOT BOARDS? Call APVisuals to print and deliver.

Playback of Video Depositions at Trial Synchronized with Transcript

Have a Safe and Happy Halloween for Those that Celebrate!